The sales day ended pretty fine for Alibaba group which grossed a record-breaking overall sales totaling $38 billion, to beat that of the year before which stood at $30 billion 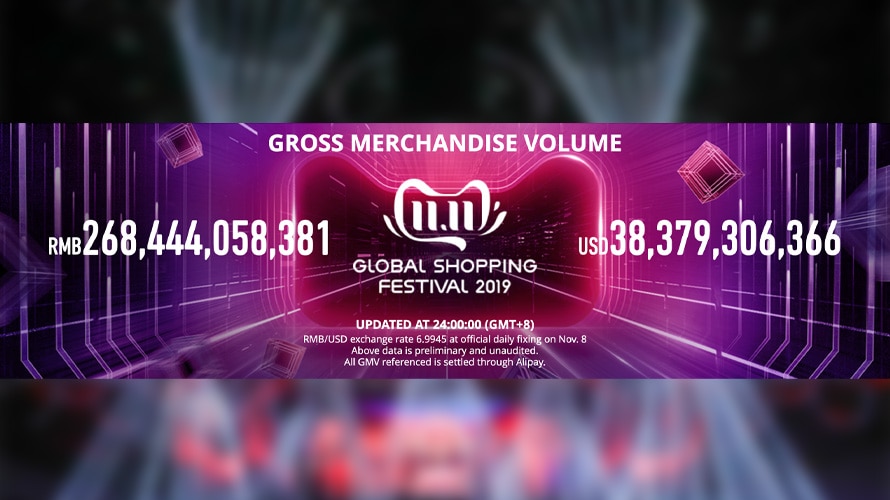 Despite the drop in sales pace after the first hour, the company went further to beat the previous Gross merchandise value(GMV)- a figure that shows sales across Alibaba’s shopping platforms– which stood at $30 billion a year before.

At the end of the countdown, Alibaba’s latest GMV now stands at 268.4 billion yuan ( $38.3 billion), about the same rise from the figure posted last year at 26%. That’s a slower growth rate than the 27% seen on last year’s Singles Day. However, it was a good day for Alibaba Group.

Also, this year’s edition of Singles Day Sales marks the 11th one for the e-commerce giant, matching the double 11 festival- a given name to the special day because it usually falls on the 11th day of the 11th month of every year since inception. And just like every other year, Alibaba offered the best discount on all the prices of goods sold during the course of the 24-hour SDS.

According to a reliable source, some of the top-selling products early in the day included the 5G version of Huawei’s Mate 30 Pro smartphone, as well as Apple’s iPhone 11 Pro and Pro Max.

The new GMV record, however, was achieved despite a slowing Chinese economy and stiff competition from domestic rivals. Lately, Alibaba has had to compete in the same market with strong competitors such as JD.Com, and Pinduoduo, all of which offer discounts on their respective platforms on the same day with Alibaba’s Single Day Sales, hence making it even tougher to record so much more income, however, the e-commerce giant stands unshaken regardless.