Apple has finally announced its latest flagship Airpods Pro, and it is a noise-canceling, better-sounding variant of its extremely popular truly wireless earbuds 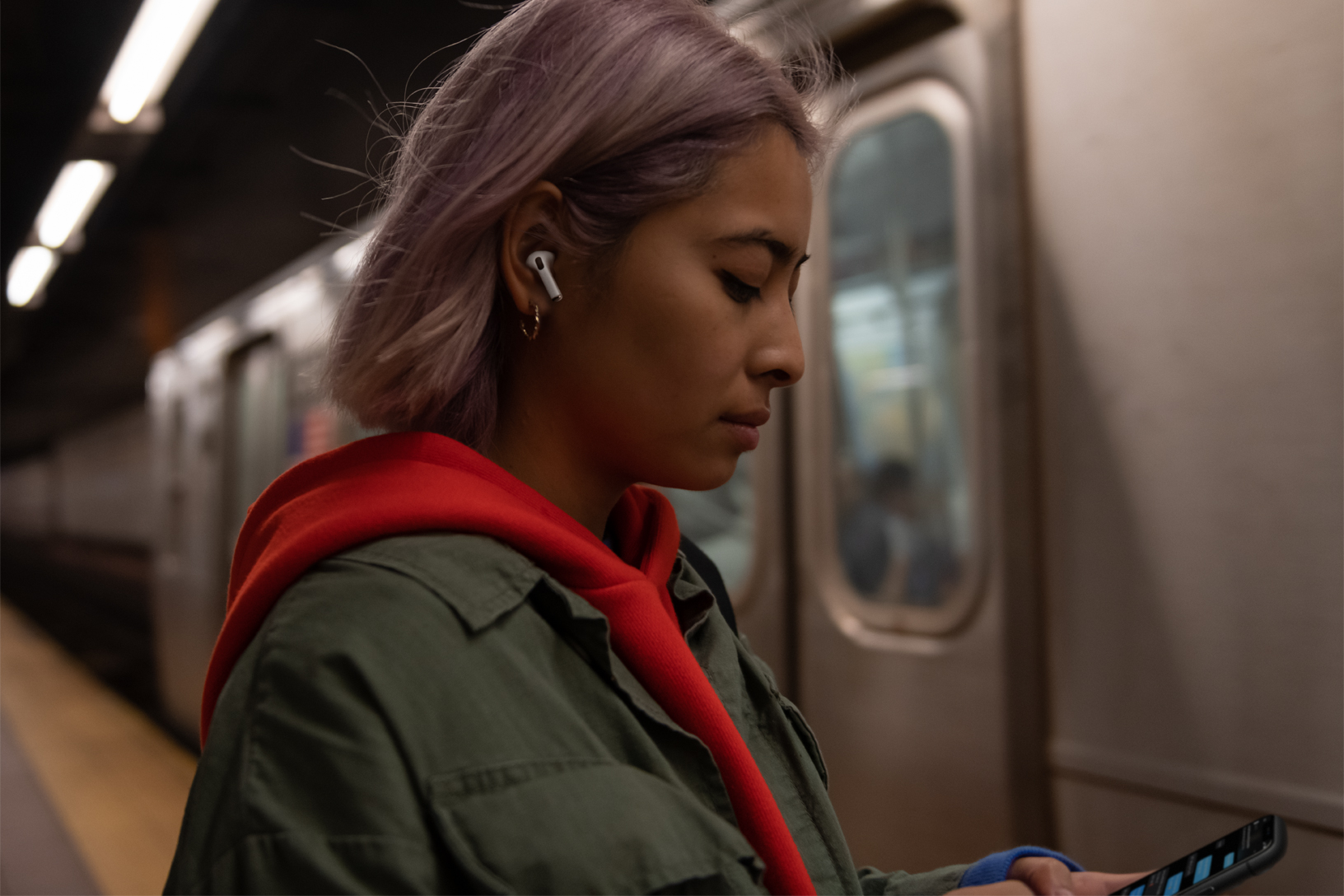 For the very first time in the history of introducing headphones since 2008, Apple finally got it right with the flagship airpods pro that efficiently prioritizes sound quality. Of course, the flagship airpod pro deserves the accolades it is getting considering that it may have eventually beaten any competition in its category, addressing all the possible problems you can ever come across using a wireless bud. 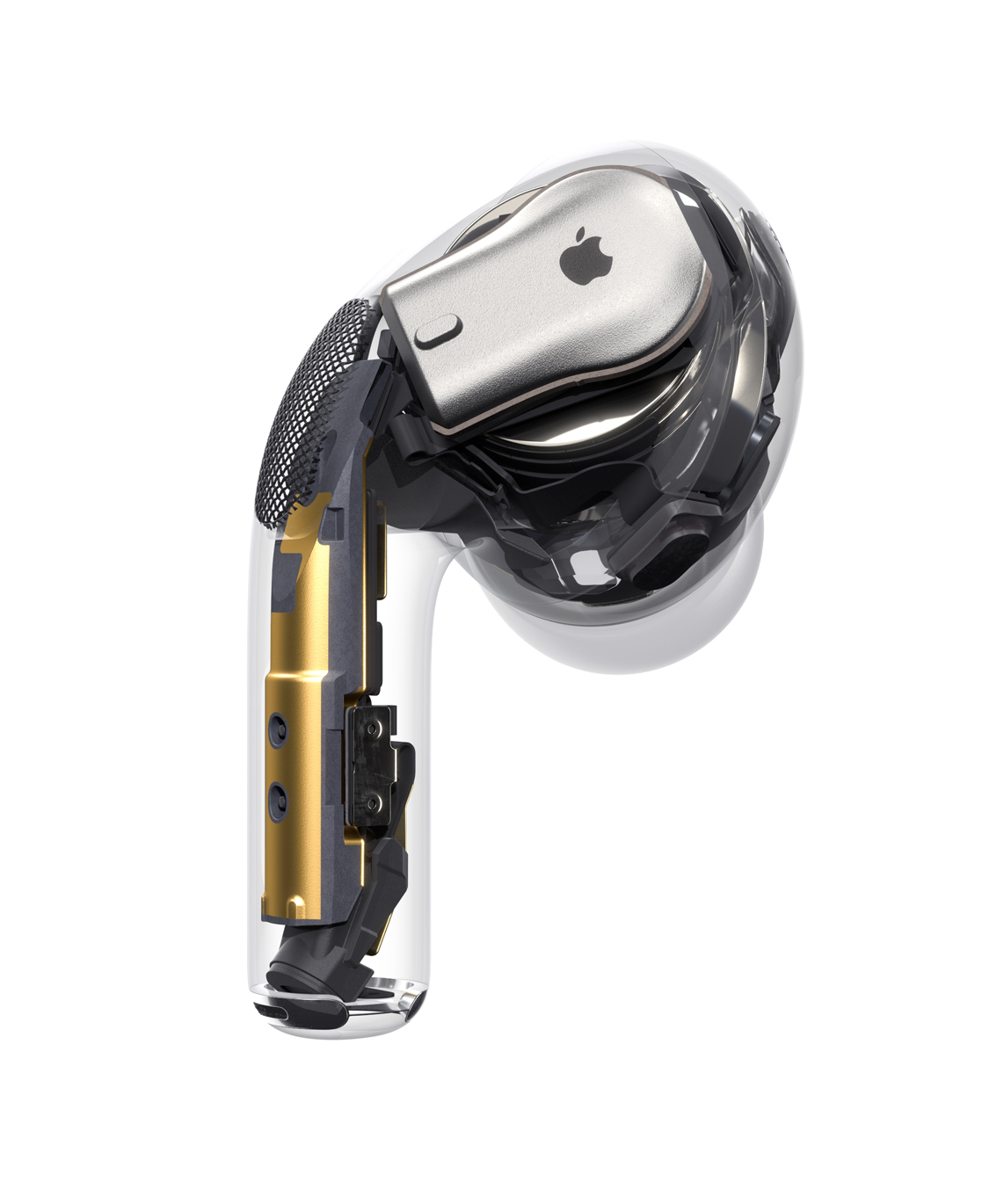 As for specs, Apple was able to build into the small-sized airpods pro, microphones that detect external sound, allowing for the earbuds to then cancel it out. Although this is not a strange feature, it is similar to the noise cancellation in the recently-launched new Beats Solo Pro headphones. On that note, Apple affirms that the cancellation feature is adjustable up tp 200 times per second. The “microphones continuously adapt the sound signal about 200 times per second.” the company stated.

Also with the new AirPods Pro, there is a newly-introduced  ‘pressure-equalizing vent system’ that allows for a minimized discomfort sometimes seen in other in-ear designs. The company also includes a ‘transparency’ mode, which you probably know as ‘ambient’ or ‘awareness’ mode on other products.

Also, unlike whatever the company has had in the past, the new airpods Pro now comes with a softer and sizable flexible ear tips which enables a more secure, sealed in-ear fit. There are three different sizes for the tip- the small, medium, and Large– so you can get to choose which one suits you the most. 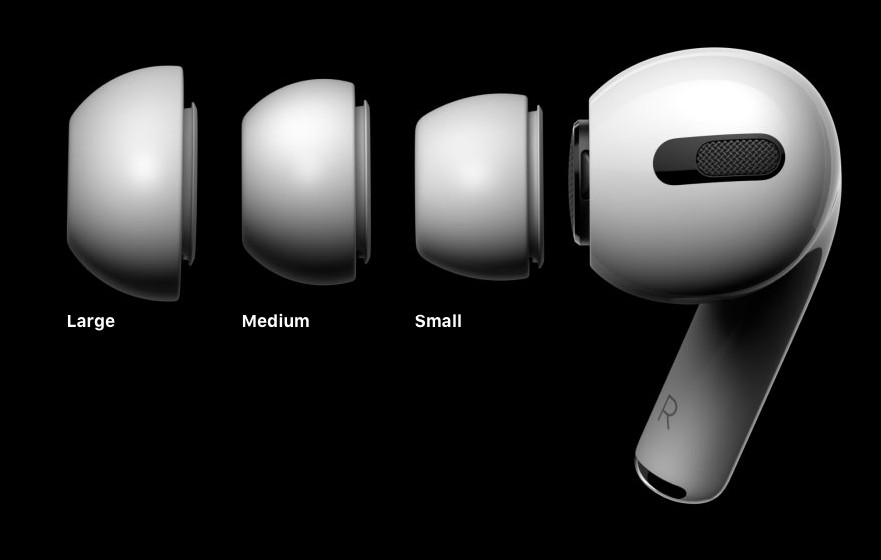 On that note, Apple confirmed that there’s a software audio test that can tell you if you’ve chosen the right-sized tip by “measuring the sound level in the ear and comparing it to what is coming from the speaker driver.” This should reduce any guesswork or confusion for customers.

On the sound quality front, Apple claims ‘consistent, rich bass down to 20 Hz.’ Of course, Apple wouldn’t have said otherwise, considering that every half-decent earbud does. But that doesn’t matter, because the AirPods Pro is for people who loved or wanted AirPods, but wished they came with better sound.

Other features of the Airpods Pro include a custom high-excursion, low distortion dynamic driver, which seems to be a new design, ‘Adaptive EQ,’ which automatically modifies low and mid frequencies to the shape of your ear among other great specs.