The term ‘Slofie’ was made known during the recent Apple big event that took place on September 10th, although to many it was a one-off joke, until lately when the Cupertino-based company is becoming more serious about the new given name for the traditional ‘slo-mo camera mode’ 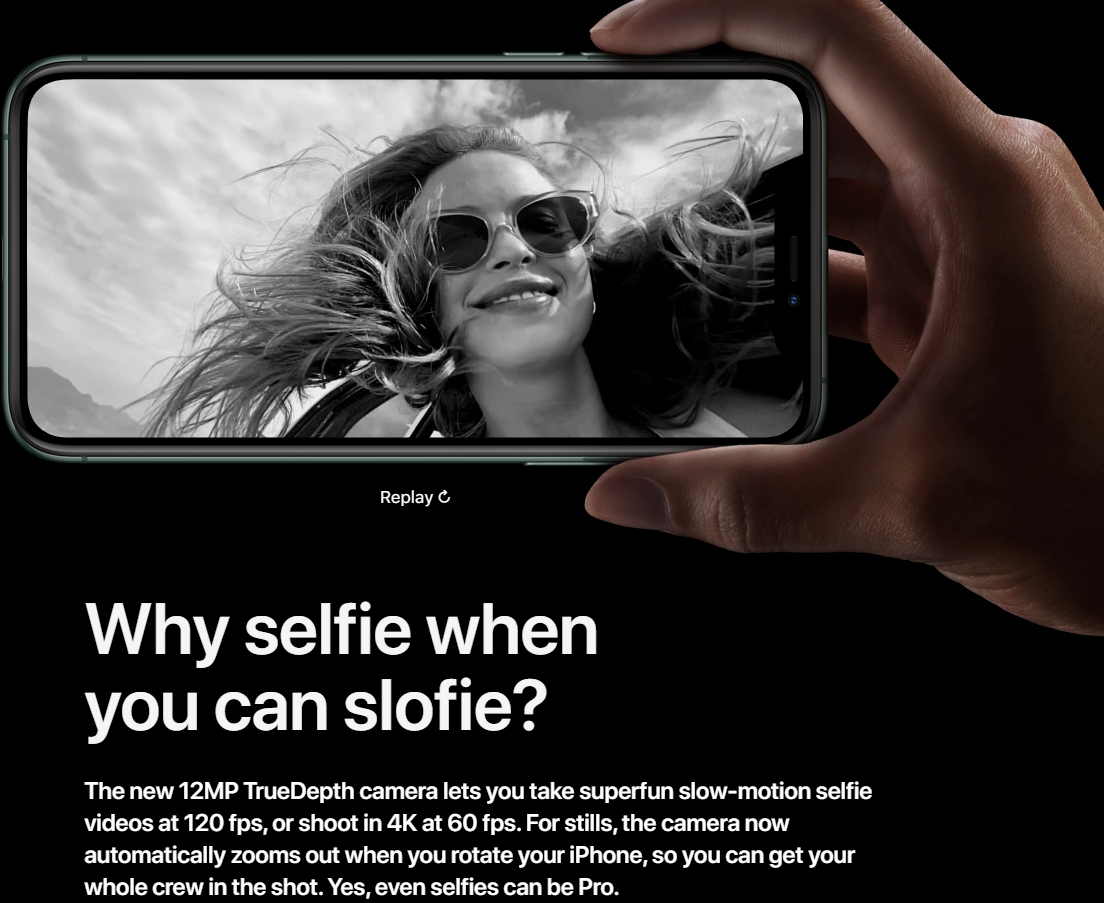 During the event that was held in the Steve Job’s Theatre in Cupertino, Apple teased that it was renaming the slo-mo feature as ‘selfie’, and that was mostly because the traditional name- slo-mo was generally used by a majority, if not all smartphone brands that also make use of the particular camera mode which is an otherwise term for slow motion.

In an attempt to outrightly own the right to the use of the word ‘selfie’- a combination of slow-motion and selfie, the tech giant has reportedly applied to the USPTO, for a trademark on the term “selfie”, although, in Apple’s case, the term will be used for- “downloadable computer software for use in capturing and recording video.”

This way, Apple is not trying to claim the already existing cultural landscape, rather, it is trying to prevent other phone makers from ‘hijacking’ the term for their own features as well. As for Apple’s ‘selfie’, the feature is apparently new for iPhone 11, 11 Pro, and 11 Pro Max, and of course, unique in a way-  the new iPhones now support the use of front camera for the slow-motion camera mode that wasn’t a thing before which is the reason why Apple decided to rename the feature in the first place.

That been said, the slow-motion camera mode is still referred to as ‘slo-mo’ even on the new iPhones, although the company usage of selfie currently refers exclusively to the resulting videos, and not the app or mode used to capture them. However, that doesn’t stop Apple from renaming the entire mode in the nearest future.