Starting on the 30th of September, Apple will roll out its newly announced dedicated ‘iPadOS’ to replace the traditional iOS used by its tablets

It wasn’t just about hardware alone at the Steve Jobs Theater yesterday, the 10th of September when Apple eventually held its 2019 Special Event. During the program that commenced at around 1 PM EMT, the Cupertino-based phone brand unveiled its latest products with a major emphasis on the new generation iPhones. Of course, the new flagships was unveiled among other product which also includes the new iPadOS. 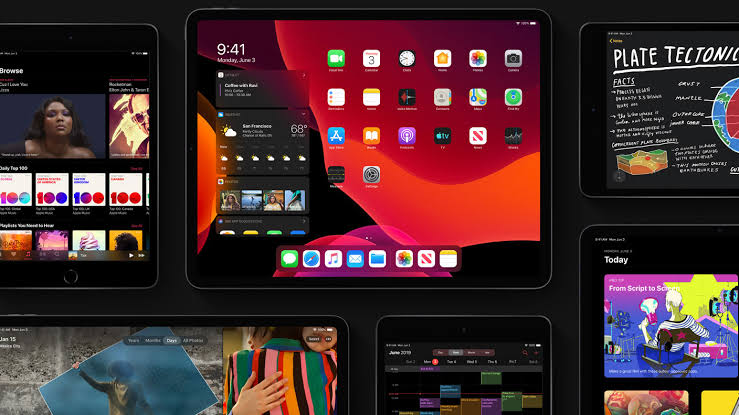 As confirmed during the event, the new dedicated OS will be a replacement for the traditional use of the general iOS which is supposedly meant for the iPhones alone. Of course, the new OS is not going to be so much different from that which you are familiar with, however, it will only serve purpose for the iPads going forward.

Also, the new OS maintains many similarities with the iOS for iPad, hence, looks just like a rebranded version of the iOS, although, Apple had earlier informed that it would build it as a separate operating system that will slowly incorporate features and optimizations that make it more powerful on tablets.

Another meaningful change on the iPadOS is the addition of widgets to the home screen, which now shows more apps on every page. This particular addition buttresses Apple’s effort to appeal to light desktop users especially when it comes to using productive features like Split View for multitasking, support for working with multiple files from a single app, and quick switching from an app to another with Slide Over.

Interestingly, with the iPadOS Safari now displays the desktop version of websites if you want to be productive inside the browser, and you can do one-hand typing with a swipe floating keyboard, a similar feature on Android. Not just that, the iPadOS adds more integration for the support of Apple Pencil; for instance, you can now swipe the pen from the bottom corner of the screen to take a screenshot of webpage or document on the entire display.

iPadOS also supports USB file transfers, which has been one of the biggest weaknesses of iOS on iPad, compromising on productivity. Other notable features mirror those found in the new iOS 13: there’s support for Dark Mode, custom fonts from the App Store, and the Photos app was upgraded to offer essential editing tools for your photos and videos. The iPadOS is due for release on September 30 via a software update.