At the Steve Jobs theater yesterday, 10th of September, one of the products that were announced that caught people’s attention unaware or perhaps unexpectedly is the new 10.2 inches entry-level iPad

The new iPad if not for anything else draw a lot of attention mostly because of its junky price tag. Although for many other reasons, the device is worth more than its value, and since it is supposedly meant for students, then it best explains why it will be sold for as low as $329 or $299 for students only. Other reasons why the iPad announcement was unexpected is because, prior to now, the company is known for releasing just phones and smartwatch during the September event, where the iPad is slated for the October time frame. However, it is a bit surprising that Apple decided to deviate from the norm, so in a way, it is not exactly because of the price tag which in a way is also applicable to the predecessor iPad that sold for the same price.

Talking about the specification of the new entry-level device; firstly, it is important to know that the new 10.2-inches iPad is a variant of the company’s Tab series, and it will be replacing the current 9.7-inch model with a 10.2-inch variant which happens to be the first of the seventh-generation device in the iPad family.

Also, the pad will be compatible with the full-sized smart keyboard, as well as the company’s first-generation Apple Pencil, although if you are interested in any of the two add-on devices; you would have to place a separate order for any of them.

You will also get to enjoy the A10 Fusion chip, a processor that is slightly less powerful than the A10X Fusion chip found in the second-generation iPad Pro. Of course, that should not be surprising as you are not expected to enjoy such luxury for such a junky price. Well, that is only a comparison based on price, that doesn’t necessarily mean that the A10 chip is a total right-off as it fits in just perfect for an entry-level iPad. 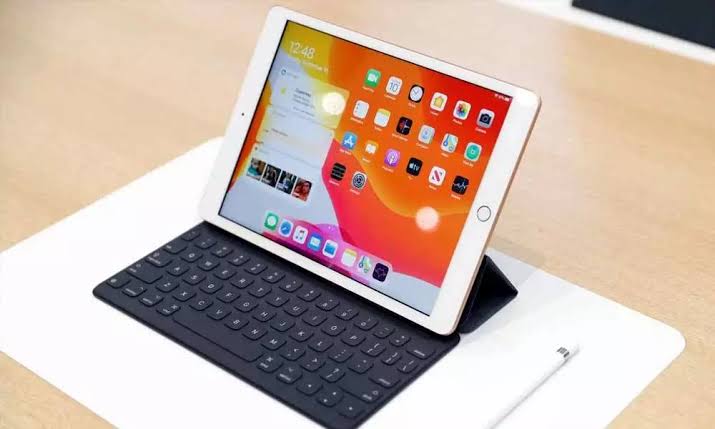 Interestingly, Apple said that for the very first time, the new iPad comes with an enclosure that is made from 100 percent recycled aluminum, a similar approach is used for the series 5 watch. As for powering the device, Apple announced that the device will make use of a lightening-connector instead of the USB-C port instead. It also means that users will have to use an adapter for external drives and cameras.

Talking about Camera, the new pad comes withan 8-megapixel rear camera alongside a 1.2-megapixel front-facing camera. the device is more focussed on functionality than the camera, assuming you are wondering why the camera megapixel is quite low.

The Evolution of Smartphone and Why vivo Stands Out

The Samsung Galaxy Tab S6 5G Soon To Be Launched