Ahead of the launch of SpaceX, another private company from Chinese is reportedly working on its own reusable rocket and teases to rival that of Tesla’s by 2021 when it is slated for a launch 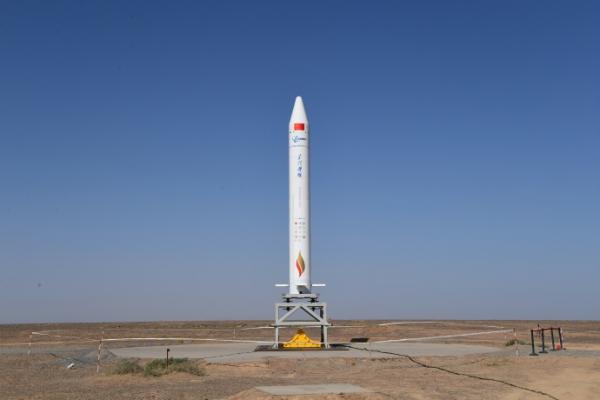 Based in Bejing, i-Space shows off an image of what looks like a prototype for its proposed reusable rocket- the Hyperbola-2, and that it did for the first time in public last week. In other reports from Chinese media sources- the space company is reportedly aiming to launch the craft into space sometimes in 2021.

The rocket that is reported to use liquid oxygen-methane propellants can be used over and over again- a similar plan SpaceX teased towards its own Space rocket as well. Both companies will then (as at the time of launch) rival in the space, as they both share similar claims on either production- ‘that the reusability reduces the cost of rocket production’, and in the case of i-Space, by 70 percent.

According to reports from Chinese media sources, the Hyperbola-2 has a payload capacity of 1.9 ton, while it has the capacity to host smaller and medium-sized satellites in it. Also, the spacecraft is measured at 28 meters long, weighing about 90 tons at take-off

While the craft is designed to launch satellites into the Lower Earth Orbit (LEO), it may not be as spacious to contain more passengers as that of SpaceX whose main purpose is to privately convey passengers to space.

Aside from these two, Jeff Bezos’ Blue Origin is another company with similar plans for a reusable rocket, although still in the prototype stage.

i-Space is looking on the brighter side, and that is why it is hurrying the plans for the reusable rocket that will help small-time Chinese companies that can afford to launch satellites at a lower cost. Earlier this year, a survey released by Frost&Sullivan suggests the small satellite market can reach a cap of $69 billion by 2030, and i-Space if smart about its plan, could account for a larger part of the number.