Ad Break is a feature created by Facebook that allows creators to monetize their contents through advertisements. The feature, although has been present in other locations including Italy, Mexico, New Zealand, Spain, the UK, among other is now made available in the Africa region as well, and creators from in Nigeria, Kenya, Ghana, and South Africa are the first beneficiaries.

With the release of Ad Break for Africans, video creators and publishers from the eligible countries will now be able to earn money by placing short ads in their video content. The ad-break just like Youtube will interfere while content is been played, and in the case of Facebook, it occurs  “mid-roll shown during the video; pre-roll before the video; and a non-interruptive image ad that shows below the video without stopping it.” according to the social media giant

According to a reliable source, while the feature is only applicable for content creators, interested participants from the respective eligible countries are required to get approval from the site which then brings about the option to choose whether to show only pre-roll or image ads in a video, as against mid-roll ads that intercept the content. 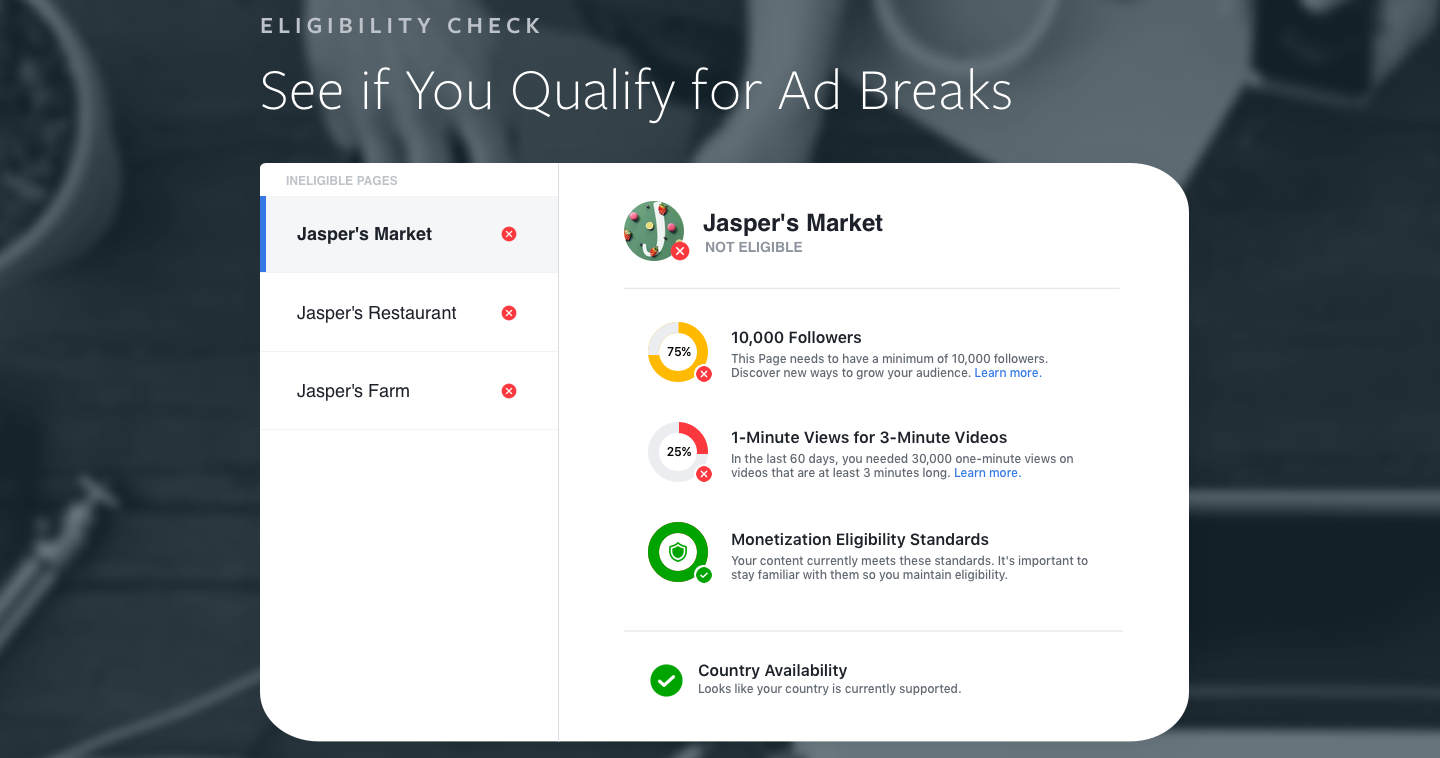 Also, as part of the eligibility to use the feature, creators must at least have 10,000 followers/subscribers, post videos in select languages and countries, and received a minimum of 30,000 one-minute views on videos that are not less than one minute long.

The feature can be managed in the existing ‘Creator Studio’- a section that host all the necessary tools you need to effectively post, manage, monetize and measure content across all your Facebook Pages as well as Instagram accounts.

Aditionally, Creators will also own a supremacy right over the kinds of ad breaks they choose to monetise which then allows for regulation of the feature from individual end as oppose to YouTube that imposes its own ads on creators. For now, there is no limitation to the use of ad-break on content, which otherwise means that you can include it in certain videos or enabled it for all videos on a Facebook Page.

Are you a Facebook creator, and do you have up to 10,000 followers at least? then check if you are qualified for the use of Ad Break feature on Facebook.