Facebook has been in the business of fighting fake news, and just recently, it has extended the fight to also tackle scam ads

In the latest report, Facebook has just launched a new reporting tool that is specifically designed to battle scam ads. The new feature is currently available in the United Kingdom alone for a start, and it lets users flag online ads that link to dubious get-rich-quick schemes or questionable cryptocurrency sales, which will then be further scrutinized by a dedicated anti-scam team. 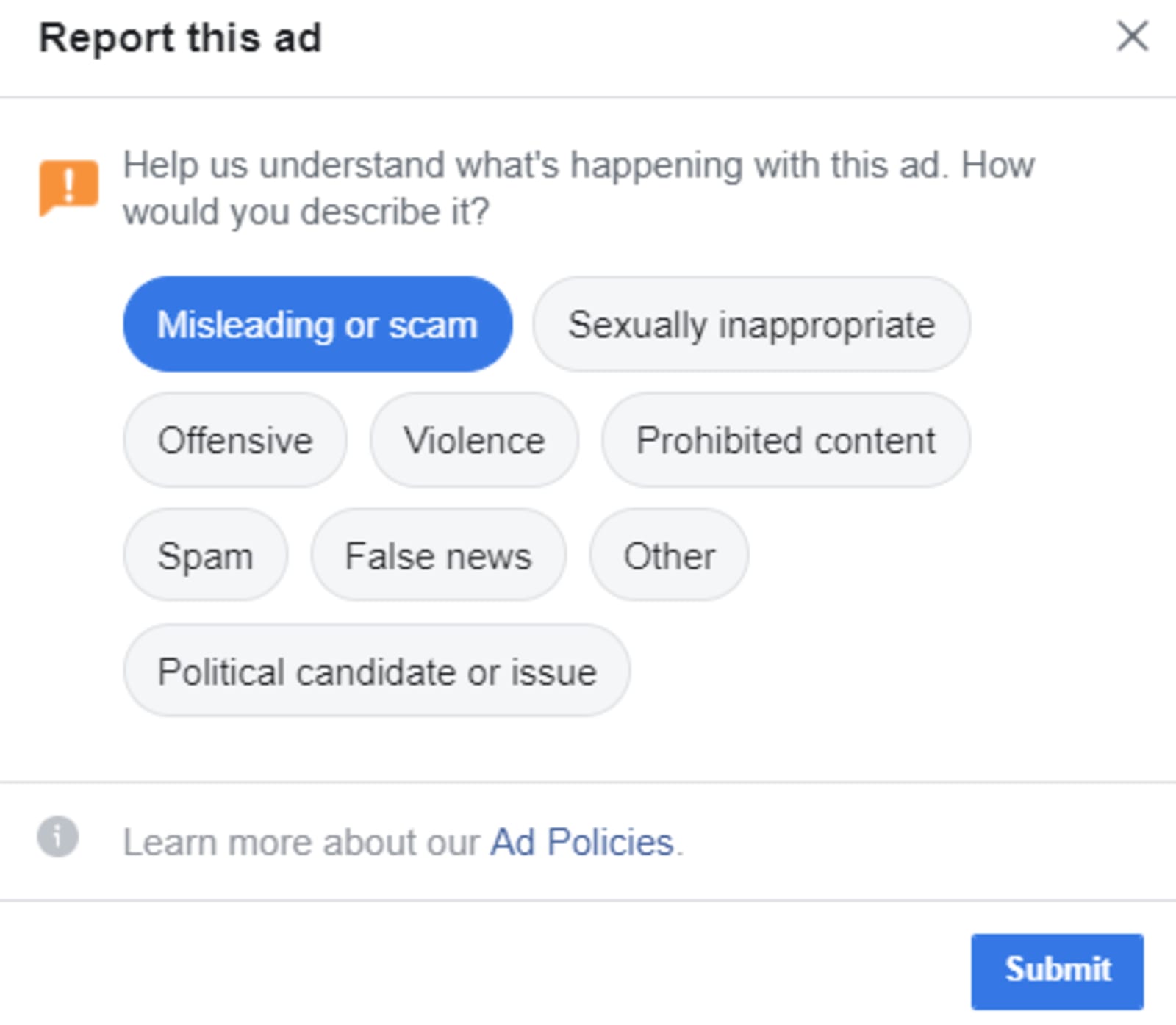 Facebook resulted in rolling out the new tool mainly because of the action taken by British consumer finance champion, Martin Lewis after he filed a lawsuit against Facebook last year over impersonation. According to the British consumer, his face and brand were used by scammers to tout fake cryptocurrency schemes which left a dent on his personality and business. However, Lewis dropped the lawsuit earlier this year after the platform pledged to step up its efforts against scam ads.

Starting from Today, UK Facebook users will start having access to the new tool and will have the option to select “Misleading or scam ad” underneath the “Report Ad” menu accessed via the three dots in the ad’s top right corner as seen in the image above. At that, such misleading ads will be directed to the special anti-scam team who then check for activities before removing such post.

Lewis, while sharing his experience also informed that “Millions of people know a scam when they see it, and millions of others don’t,”. “So now, I’d ask all who recognize them to use the new Facebook reporting tool, to help protect those who don’t — which includes many who are vulnerable,” Lewis added in conclusion.

For now, there are no words on the availability of the feature in other locations outside of the UK, however, it should roll out globally anytime soon.