-The vetting will be carried out on groups, hashtags, and general posts on the platform

Combating anti-vaccine misinformation has been one of Facebook main priority and in line with that, the social media network has just launched a new initiative- a dedicated notification feature that could be of great help.

Hence, whenever Facebook users search for vaccine-related content, including through groups and hashtags, the social network will display a card, one that pops in for or a notification, prompting those individuals to instead obtain information from a credible source. 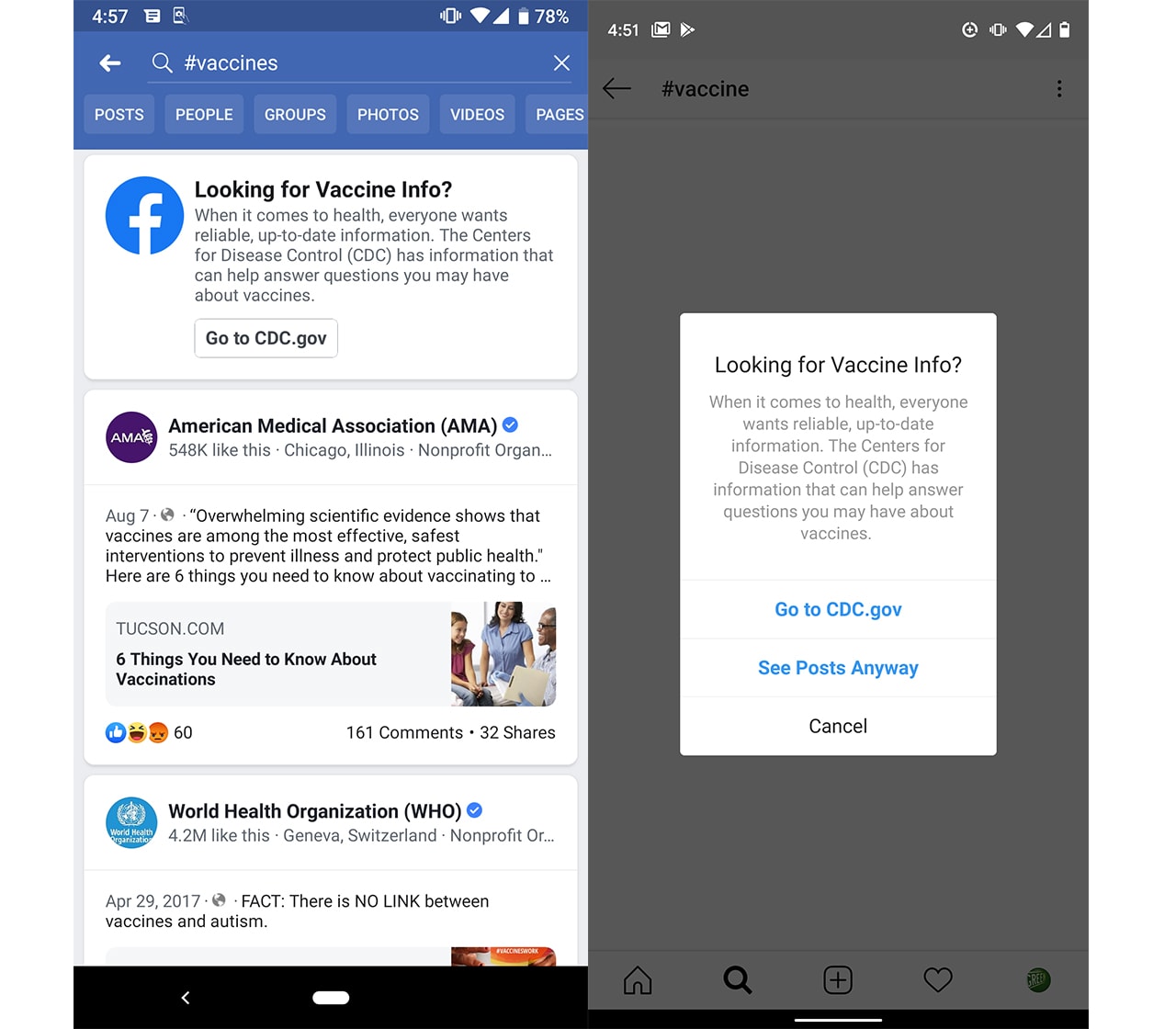 For instance, in the US, the notification will direct people to the website for the Centers for Disease Control and Prevention (CDC). As for the other part of the world, the same notification will redirect people to the World Health Organization (WHO) or probably an affiliate of the organization depending on the location of the individuals. While the new initiative will not be limited to Facebook alone, Instagram will do the same on its platform as well.

Interestingly, the new notification feature by Facebook shares certain similarities to that of Pinterest that was launched about a week ago. However, as for Facebook, the notifications don’t appear to completely prevent people from viewing anti-vaccination content, considering that individuals still have the option to still see what other users have posted using a vaccine-related hashtag ‘anyway’.

In contrast, Pinterest’s recently announced approach will only display information from credible sources like the WHO, and wouldn’t offer an otherwise alternative. Additionally, unlike Pinterest, it doesn’t appear Facebook has worked with the CDC and WHO to create content that lives directly on its platforms.

The new notification will further help prevent unnecessary panics about disease outbreaks, among other epidemics, and of course, it is not the first attempt from Facebook; the social network had previously attempted to curb the spread of vaccine-related misinformation by downranking anti-vaxxar groups and pages, however, it may not have worked as perfectly as the company would have wanted, hence the need for a new approach.

Must Have Android Apps