Google Podcasts 2.0 is currently rolling out CarPlay supports to all iOS devices

Google revealed in a recent announcement. According to the tech giant, “Google Podcasts now support Apple ‌CarPlay‌ so you can more easily and safely listen while you drive. We’ve also made several bug fixes to improve performance,”. 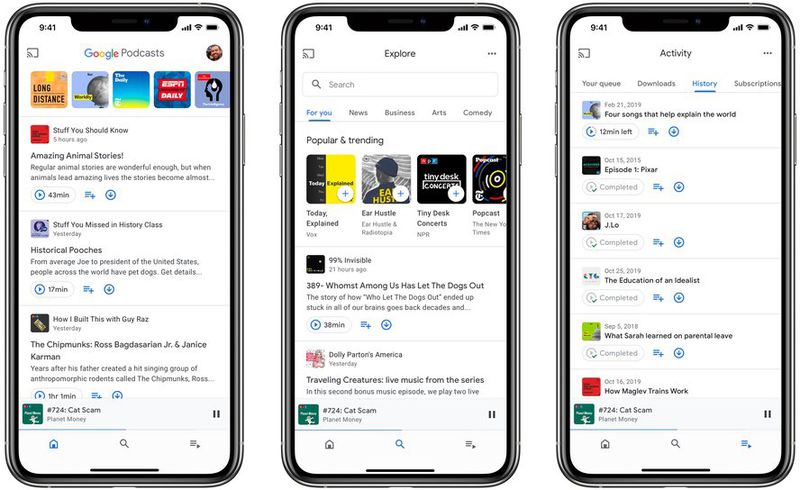 Google in March announced its Google Podcasts app for iOS and as part of its release, the previously Android-only app received a remake that makes it easier to find podcast content, create lists of favorite podcasts and customize the listening experience.

ALSO READ: Samsung and Other Smartphone Manufacturers to Resume Production

The app interface features three tabs which include, Home, Explore, and Activity. For the Home tab, it features new episodes of subscribed shows, the Explore displays new shows and episode recommendations, while the Activity tab displays listening history, queued episodes, with automatic downloading supported for each podcast a user subscribers to.

You can download the Google Podcasts 2.0 from App Store from today or just go through this Direct Link.