–Huawei has just launched an upgrade for its truly wireless earbuds, and it is the company’s third-generation

–The wearable is the first to utilize the world’s first Bluetooth 5.1 and Bluetooth Low Energy 5.1 chip. 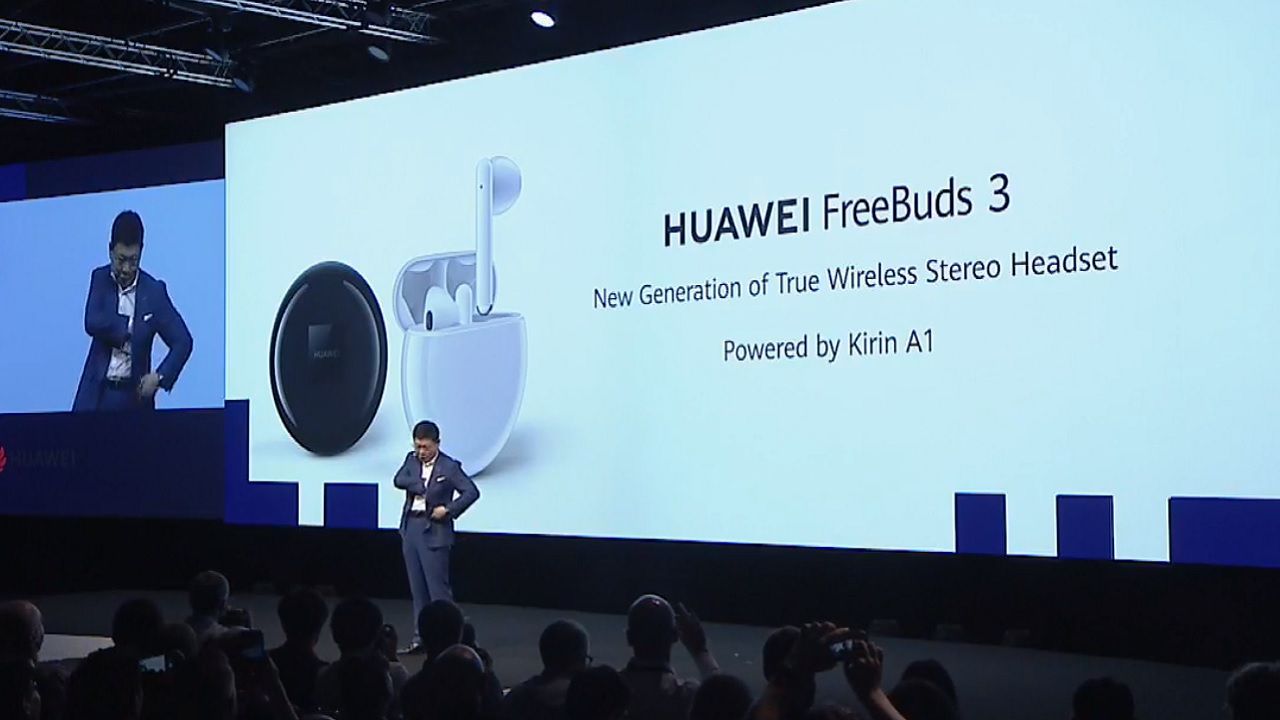 Huawei definitely means business with its latest earbuds- FreeBuds 3, the company’s third-generation of truly wireless earbuds. Of course, the Chinese tech giant has been in the game for several years now, and it has decided to boast about that fact with the creation of the free buds 3.

Firstly, let me inform you that IFA2019 is ongoing, and as you would have known by now, Huawei always makes use of this platform to unveil some of its new products, and as for this year, one of those devices is the Freebuds 3; the device is said will be compatible with all android devices, so it is not only limited to Huawei devices. Well, that’s not supposed to be news, by the way, however, it may interest some other people who probably have little or no knowledge about how these wearable devices works.

Before we go deep into the features of the free buds, let me quickly inform you the G3 wearable device is the first to utilize the newly discovered Bluetooth 5 5.1 and Bluetooth Low Energy 5.1 chip. What this simply means that it is a better wearable than any of the existing Apple airpods. You would also like to know why I guess; the reason is that the device makes use of a W1 chip where Airpods makes use of A1 chip.

The difference between the two is that the W1 allows each earbud to directly communicate with the device respectively. The A1 chip, on the other hand, will allow just one of the earbuds before transmitting to the other one. This quirk shaves off a bit of lag and results in just 190 milliseconds of latency between audio being transmitted from a phone to it being received on the earbud. Did you just say that is too technical to understand, then you are probably not familiar with this stuff.

Another unique feature of the freebuds 3, although to some people it is a setback; the wearable, unlike several other brands out there, is still keeping stemmed earbud design, which otherwise means it will still sit right on your ear. Also, you can as well expect the G3 wearable to come with a portable case as most other brands. That I believe is to keep the buds safe, as well as get them powered assuming they are running low on charge.

That been said, you do be expecting to know what the ‘killer feature’ of the freebuds 3 is; well, for me I do say it is the advanced noise-canceling feature- Active Noise cancellation (ANC). It is a rarity for this kind of wireless headphone design — Huawei says they’re the world’s first open-fit ANC headphones.

While I don’t know what exactly that means, you can actually tell that the company has doubled its initial efforts to ensure the FreeBuds 3 are comfortable for open-fit buds — they’re far more polished than the predecessors as you would expect. If at all you have to worry about the freebuds 3, then it is likely going to be about whether you can tolerate the open-fit, of course, except if you are not an airpod lover, you can’t but fall in love with the freebuds 3.

According to our reliable source, the Ambient noise cancellation (ANC) feature of the wearable can handle up to 15db ambient noise reduction for each ear canal, and I must confess, that’s the highest you can find for a similar device. Even with the rate of noise reduction, Huawei says the tips of each headphone can capture vocal vibrations through a “bone sensor.” This detects when you’re speaking and helps clarify and amplify when you’re talking on calls. That’s quite ironical tho, and it shows how innovative the brand has grown to become.

That been said, it will also interest you to know that the freebuds3 offers 4 hours of battery life between charges, plus an additional 20 hours from the charging case, which goes from empty to full in just thirty minutes when connected via a wired cable.

About the Pricing information for the Freebuds 3, we might have to wait until the official launch to know the exact starting price, however, given the introduction of ANC, as well as the Kirin A1 chip, we would reasonably expect it to cost more than its predecessor, which initially retailed for $139.99 or NGN48,575.