Instagram is still actively fighting against anti-bully, and as part of its latest effort, the Facebook-owned platform is rolling out its ‘Restrict’ tool globally

A few months back, Instagram started testing an anti-bully tool that is then referred to as ‘Restrict’, and while it was only accessible by selected users, the company is now making the feature available to all users on its platform in the latest development.

The feature is designed to protect users’ accounts from unwanted interactions while allowing you to easily and quietly filter out people who may be victimizing you in the app. Additionally, Instagram says the new tool can also be useful for those who are often reluctant to report or block bullies, particularly young people.

Now, with the latest integration of ‘Restrict’, users will now be able to subtly handle problematic followers without ending up in a more aggravated controversy. Using the new feature also means that comments from accounts you restrict won’t show up publicly on your posts (unless you approve them), and they won’t be able to see when you’re active or have read their direct messages. 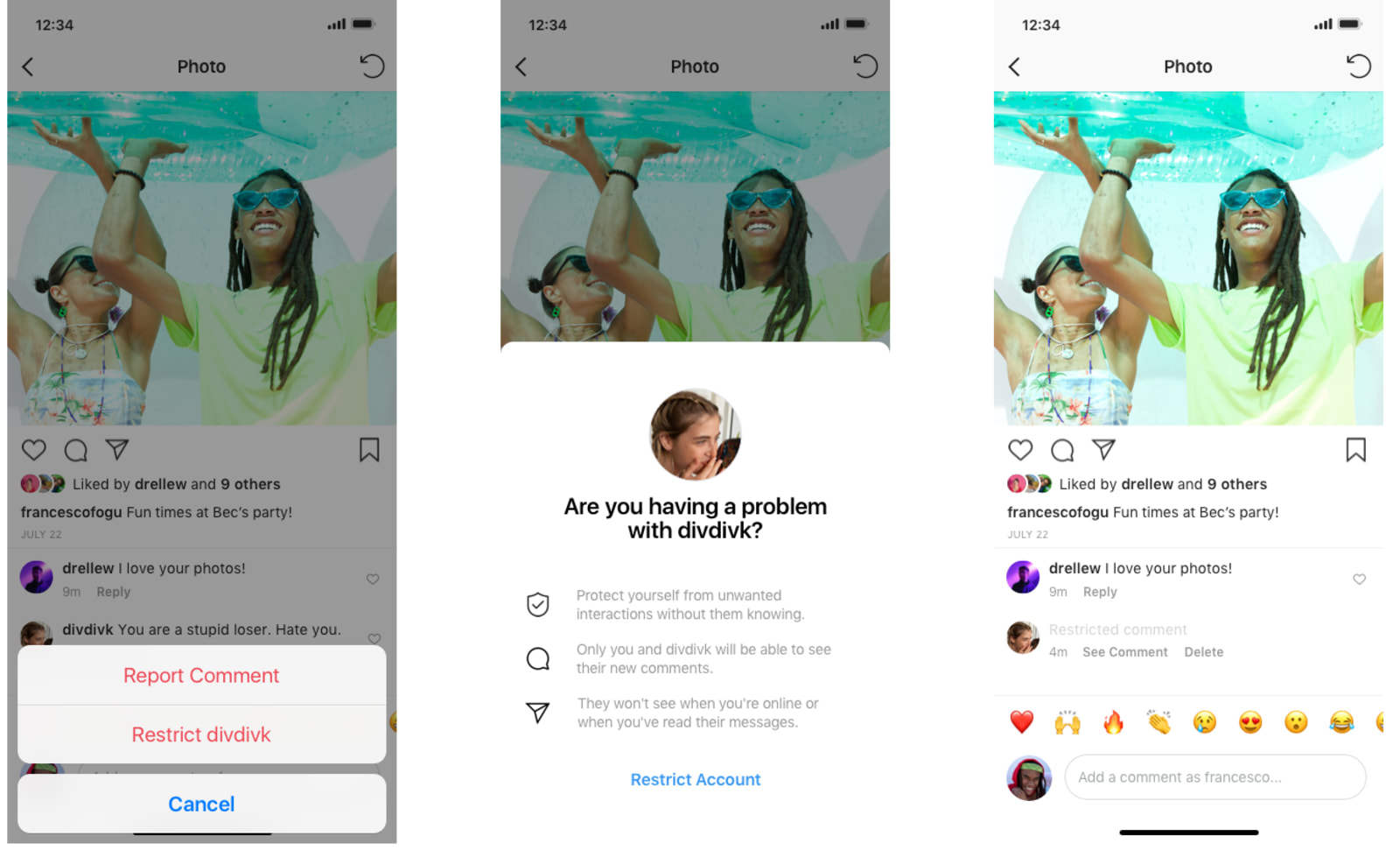 To make use of the new feature: Simply swipe left on one of their comments, do it directly via their profile page or go to the Privacy tab in Instagram’s settings. After you’ve enabled “Restrict” on someone’s account, their comments on your posts will only be visible to them. That’s important because, unlike when you outrightly block someone, they have no idea that you have basically cut them off, hence making this option a better alternative.

If you are wondering if these internet abusers will be able to reach you via DMs, then you are definitely smart to think about that. Well, it will also interest you to know that Instagram has had that sorted too, redirecting messages from the restricted account to a special Message Request inbox, and on top, of it, you won’t get any notifications for them. However, you can go check them out at will, perhaps you want to know who and who not to tend to on a general basis.

As you must have known by now, this is not the first time that Instagram is testing an anti-bully tool, until now that this particular one is rolling out on a large scale. Previously, the platform reported to be testing a feature that uses artificial intelligence to warn people against leaving comments that may be hurtful on other people’s posts. The Restrict feature, however, is just another of the company’s attempts to curb cyberbullying.

About the availability, if you don’t get the feature by default update, then you may have to go through the rout of manually updating your app.