As part of its approach to tightening the reigns on third-party apps, Instagram wants its users to know more about what an app (third-party) wants, and can easily revoke access at will

For a very long time now, it is no longer strange to hear about third-party gaining unauthorized access to your IG activities such as following an unknown page or account, however, Instagram has never been a true fan of such activities, and as a matter of fact, has been experimenting ways of tightening the reigns of these apps with different approaches.

In the latest development, the Facebook-owned app wants to put more control (over those third-party apps) in your hands with a new notification feature that alerts you whenever a third-party app wants to gain unauthorized access to your account. This way, apart from getting to know that such activity is about to take place, you will also be opportuned to either ‘cancel’ or ‘authorize’ the access from your own end. 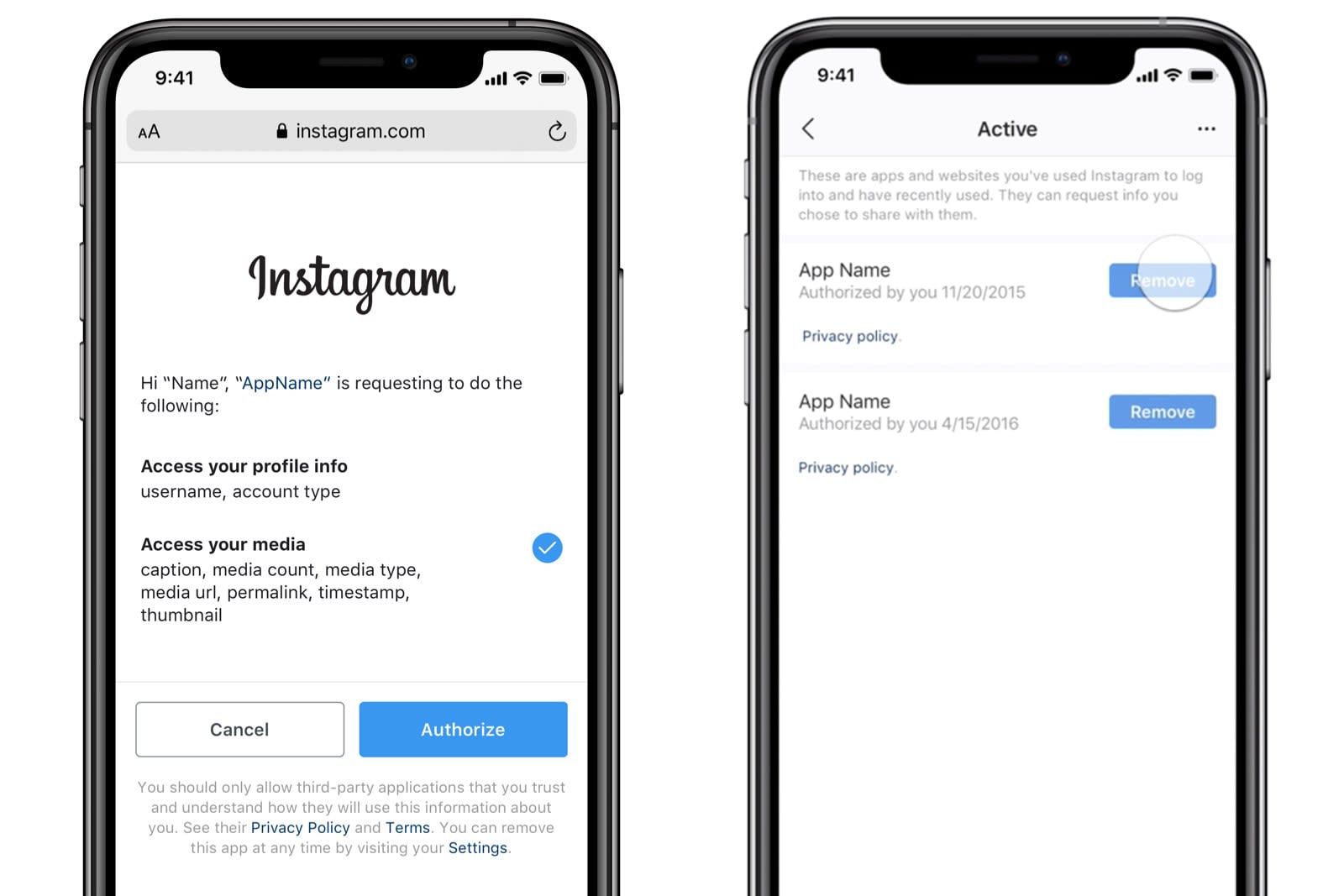 As seen in the image above, the authorization screen pops up as a notification clarifying what a third-party app actually wants. To activate it, you will have to go and toggle the new privacy control (under Settings > Security > Apps and Websites) which lets you quickly revoke access to apps you don’t use or trust.

As for the availability, Instagram told that it will rather take a while before the new privacy control feature rolls out, however, it may not take longer than the next six months- the period when the company says will make the feature available for devices.

That been said, the latest development is also an attempt or better still a reflection of Facebook dealing with several scrutinies from governments and regulators. Facebook has been keen on issues related to privacy and security, hence, more than ever has been paying more attention to that aspect of its business which in extension also affects Instagram.