Watch lovers, you do want to meet this new gorgeous; a mixed high-tech watch to suit the taste of your wrist

Ressence, a Belgium watch manufacturer is at it again, doing what it knows how to do best. The 2010 established luxury watchmaker is known for high-quality production, and that is what exactly it has just accomplished in yet another premium edition of its high-tech watch.

Following his first production, the type 1 that was launched sometimes in 2011; A couple Type 1 iterations later and the Type 3 released in 2013 followed by the Type 5 in 2015. Now Ressence is preparing to launch the Type 2 which was designed with input from Tony Fadell, “father” of the iPod. The watch that has been speculated to be released come April this year, packs both the analog and digital concept all in one body. The Type two, which is designed to be a high-tech watch is a timepiece designed for the utmost convenience, however, this convenience doesn’t come any cheap at all, especially if you are not a watch freak, or neither have a taste for a luxury lifestyle.

The only time you have to set the Type 2 is when you first take it out of the box. When paired with a smartphone via Bluetooth, time is kept continuously accurate. The app can also assist in setting the second timezone feature. With two timezones set, pressing the “eCrown” will automatically move the watch hands to their new positions. If you tap the sapphire, it will display how much charge remains on the battery that is been powered by a Small solar panel beneath the face, which keeps the battery continuously charged. Interestingly, you don’t have to always wait for sunrise, as the watch has a 36-hour runtime without sunlight. However, if the charge is fully depleted the analog mechanics kick in and keep the dial ticking until you can get it charged again. Amazing right? I can bet this is one of the next generation watches we have been waiting for.

In addition to what has been said, Type 2 has an alternative to power saving, so you don’t just have worry about what happens to the battery when you are probably asleep, or probably not interested in wearing it for a couple of days; the high-tech is designed to alt 12 hours after it is off your wrist, and when you have it on again, you can simply tap on the sapphire, while the watch gets back to its ‘tik-tok’ 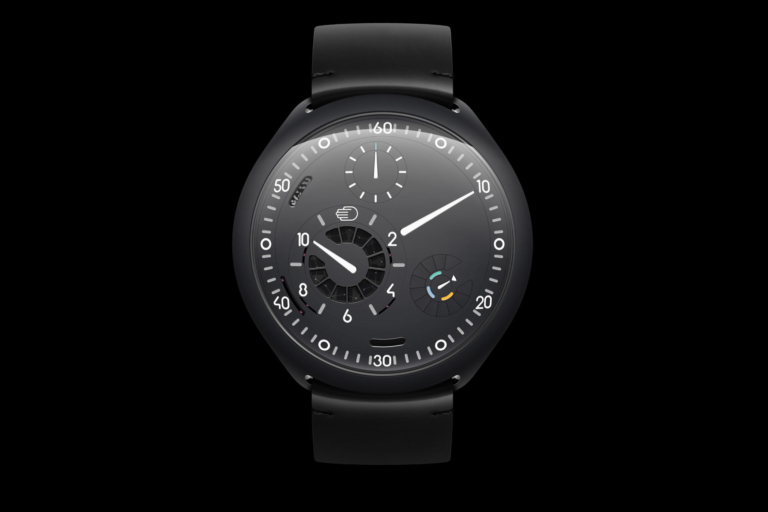 The 45mm watch face has a smart day/night mode that illuminates the numbers and hands in dimmer viewing conditions. It comes with your choice of either black or grey dial and either a fabric or leather band. The Ressence Type 2 will start shipping in April for a cool but alarming $42,500 (₦15,479,350) plus tax. Yes! you will be charged a certain amount for tax to own such an amazing wrist favorite.