Motorola has been persistent with the production of smartphones over the years, and it even got better under the guidance of Lenovo who acquired the Company from Google back in 2014

For a company who strongly believed in the consumer efficiency with respect to low-budget, or mid-range devices, Motorola Mobility is finally offering its customers a different, and of course, wilder range of technology experience in the Smart TV world. The Chinese electronics firm is officially putting its badge on not less than six new models of TVs that will reportedly debut in India for a start.

According to a reliable source, the TVs will range from 33 inches up to 65 inches and will start from $196 for the least price. The TV comes in different models, and the Android 9.0-based 4K model was said to be developed in partnership with Flipkart- a major e-commerce store that’s owned by Walmart rivaling Amazon in India.

Unlike the usual tradition of the home country production, these TVs are manufactured in Indian, and they host quite an impressive lineups of features which include an IPS panel, which makes for a 178-degree viewing angle, and Dolby Vision support. It comes with 30W front-firing speakers, with DTS Tru Surround and Dolby Audio protocols.

While these features surround the visual and audio output, it will also interest you to know that the TVs operates on a 2.25GHz octa-core processor paired with a Mali 450GPU and 16GB of onboard storage. On that note, Flipkart said the TV’s in-built MEMC tech will help deliver a better picture for gaming and high-motion content. 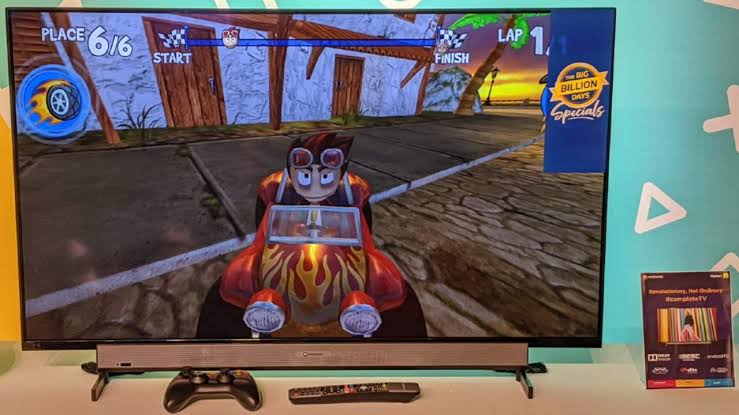 Additionally, you’ll get a rechargeable Bluetooth gamepad that is pairable with the TV. As for the price list of the TV Models which comes in a range of sizes, below are the price tags:

As for the availability, Indian residents will be able to make purchases on Flipkart starting from September 29, however, the global release is scheduled for a later date that will be communicated in a future article.