In a press statement published by the service provider- MTN– Music Time like most other music streaming services allows users to choose from a wild range of songs that are made available from across the globe– on the platform. While the app had initially launched in South Africa- MTN’s home country, it is now rolling out in Nigeria as well. 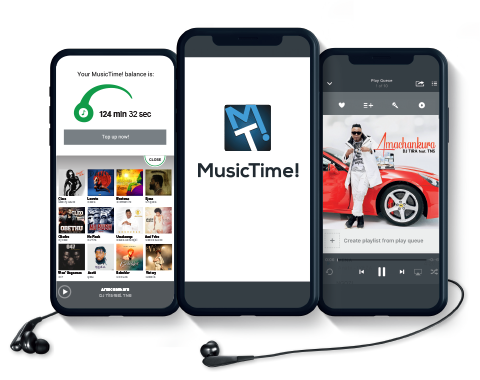 The latest development is coming about three months after the company CEO, Rob Shuter, first announced about the launch schedule for Nigeria and Ghana– and according to the report provided by the company is as a result of a partnership between itself and Simfy Africa.

Speaking about the new app, the Chief Operating Officer of MTN Nigeria, Mazen Mroue said, “MTN Nigeria is proud to launch yet another service that is focused on customer satisfaction and digital inclusion. We know that music is a big part of the Nigerian culture, and in recent times, we have seen talented Nigerians take the world by storm through the fantastic music they create. MusicTime! is a platform that ensures access to these great Nigerian and African music across the world.”

“We are creating the right channels and ecosystems that will help Nigerians create, play and share their boundless creativity with the rest of the world without limitations or barriers. By providing an avenue for local musicians to stream their music to a global audience while still maintaining a strong local bond, MusicTime! will complement the efforts of the government in the actualization of its local musical content drive.” Mazen further stated.

Tracing back in history, MTN has sometimes launched a music-focused service called Music+ back in 2014, and while it was based on charges (at N50 per download)– the new Music Time is more of an advanced service that functions on existing data subscription.

Also, while Music+ came with many features including callertunez integration, cloud storage for a personal music library, among other things– the new Music Time app is more engaging in its own case, allowing users to enjoy local and international music around the clock.

It will also interest you to know that Music Time, unlike other music streaming services– chooses a payment model that focusses on how much time you spend streaming rather than an actual subscription. Currently, the service already has a download count of about 100k+ on the Google PlayStore and listed under the name of Simfy Africa.