In reviving its mobility business, Nokia has recently found a new approach that can appeal to the audience; reviving of its vintage flagship device, and as you would expect, it is one of the best campaign strategies to be ever pulled by the company.

More than once, the phone maker has revived some of its most-sold vintage devices, some of which include the Nokia 3310, 110, 220, among several others. Now, the company plans to do the same with 2720.

While this information is not a rumor as many would have thought, it was revealed by HMD Global (the company who is in charge of Nokia mobility), during the just-concluded IFA event held in Berlin, Germany. The device was unveiled alongside other devices by the company, some of which include the Nokia 7.2 and 7.1.

As for the new flip phone, Nokia has made sure that it doesn’t miss out in any of the standards expected of a feature phone, and as a matter of fact, it operates on KaiOS, which means that, like the other feature phone by the company, the new 2720 device can support modern-day apps and services like Google, Google Maps, Facebook, YouTube, and WhatsApp. 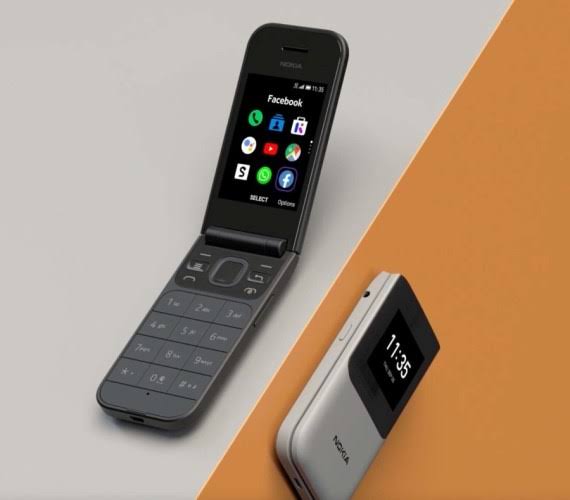 You may also want to know what the device has got for specs; yes! as you have probably seen on the image, it packs two screens ( a 1.3-inch 240 x 240 display on the front and a 2.8-inch 320 x 240 screen for the main display. ). While that is not the only amazing spec of the device, it also packs big buttons, T9 keyboard, and interestingly offer support for dual-sim.

For me, there is a highlight to all of the features that has been earlier mentioned, and that is the 4G connectivity. I mean, that is a lot for a feature phone, however, given that 5G is gradually taking its hold in several locations across the globe, then it only makes a lot of sense to start seeing feature phones suited with the 4G compatibility. I guess I almost forgot to mention that by the side of the device; there is an emergency button which when pressed, automatically dials or sends a text message to emergency contacts along with the user’s location. It’ll also ring those contacts one by one on loudspeaker mode until it makes a connection. Some might want to press it when they see the measly 2MP camera (with flash) on the phone’s rear, mistaking it for a shutter. Well if assuming you have pressed it for a wrong purpose, you can as well terminate the emergency activity ASAP.

Lastly, apart from also having a great battery with the capacity of 1,500 mAh that could last for nearly a month (as per standby time), the device runs on an entry-level Qualcomm 205 SoC with 512 MB of RAM and 4GB of internal storage that is expandable with a MicroSD card (32 GB max).

For now, there is no words on specific price and availability, however, Techspot told that the device will most like sell below $100.