Puma has finally joined the wearable family with its own wear OS that will be launching at the IFA 2019 in Berlin, Germany. The Sports brand has long teased to be a part of the watch OS community, and while that has always been a goal for the brand; it is finally achieving it as a result of a partnership with Fossil Group, another watch brand.

Although both Puma and Fossil have been in a joint business over the last 12 months, the first product of the duo- a wearable OS smartwatch is just about to launch. The watch will reportedly feature similar specs with other smartwatches, however, will also have its own unique feature to stand it out among others.

Firstly, the wearable will be powered by Wear OS and Qualcomm’s Snapdragon Wear 3100 chipset and will include a 1.19-inch round AMOLED display, housed inside a cut-out nylon and aluminum 44mm case.

Of course, it is natural to think that the Puma watch is aimed at sports fans, and as a result will be swimproof and lightweight at 0.06 pounds thanks to some cutouts on the side of the device to reduce its weight.

While that’s not all about the specs of the device, you also like to know what Puma watch holds up inside of its small body; the Puma smartwatch only has 512MB of RAM, as well as 4GB of storage for music and apps. I guess these numbers are not bad for a starter kit, however, they are enough to get you going for decades if I’m not exaggerating. 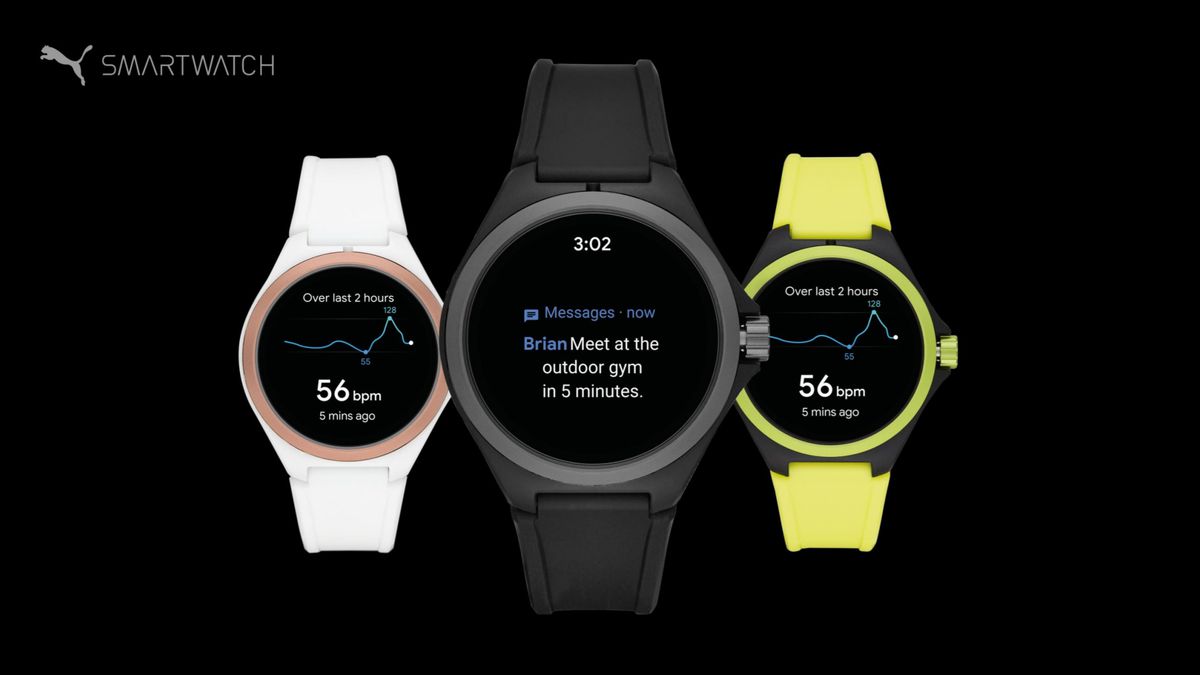 Also, there is an in-built GPS to help users track those fitness activities; you will also get a heart rate monitor as with other smartwatches and a motion sensor to track indoor activities like pool swimming through third-party apps. Puma will be throwing on its own interactive dial options to continue that sporty theme and put metrics like heart rate and steps firmly on show.

That been said, the Puma watch, however, tends to have missed out a not-very- important feature: an in-bilt speaker which is now found on some specific brand’s smartwatches, and that does not exclude some of the Fossil’s latest product. However, that should not be a big deal, except you do like that your smartwatch also serves as an alarm kit, or possibly a music player.

Did I also mention that the Puma watch promised more than 24 hours of battery life, although it will likely include the same complicated battery options as the Fossil Carlyle to really get the maximum battery life, however, of what concern is that as long as the watch does perform greatly?