The Galaxy Note 10 took the stardom in yesterday’s event in Brooklyn, although it is only a confirmation of many leaks that have surfaced prior to the event that. That way, apart from some in-built features that were confirmed, every other part of the device looks exactly as portrayed by the many leaks that we have seen earlier.

As you would expect, the Galaxy Note 10 was announced alongside other products and services, although we will be discussing those in a different article.

About the Note 10, as earlier teased, it comes in two variations which are basically different with respect to sizes, hence you can expect a big and a bigger Note 10s as I described in the header of this article, although both are officially referred to as Note 10, and Note 10+. Starting with the display, both the Note 10 and Note 10+ feature what Samsung refers to as an “Infinity-O” display. In their definition, it is an all-screen device with a small punchout circle to house the front camera, so you don’t get to see any notch at all. While the display was first tried on the Galaxy S10 and S10+, it seems to have come perfected on the Note 10.

As for the camera, which is one of the biggest catch of every device including the Note; the larger Note 10 has three cameras on the back, while the Note 10 + has four including one specifically for AR video and drawing. 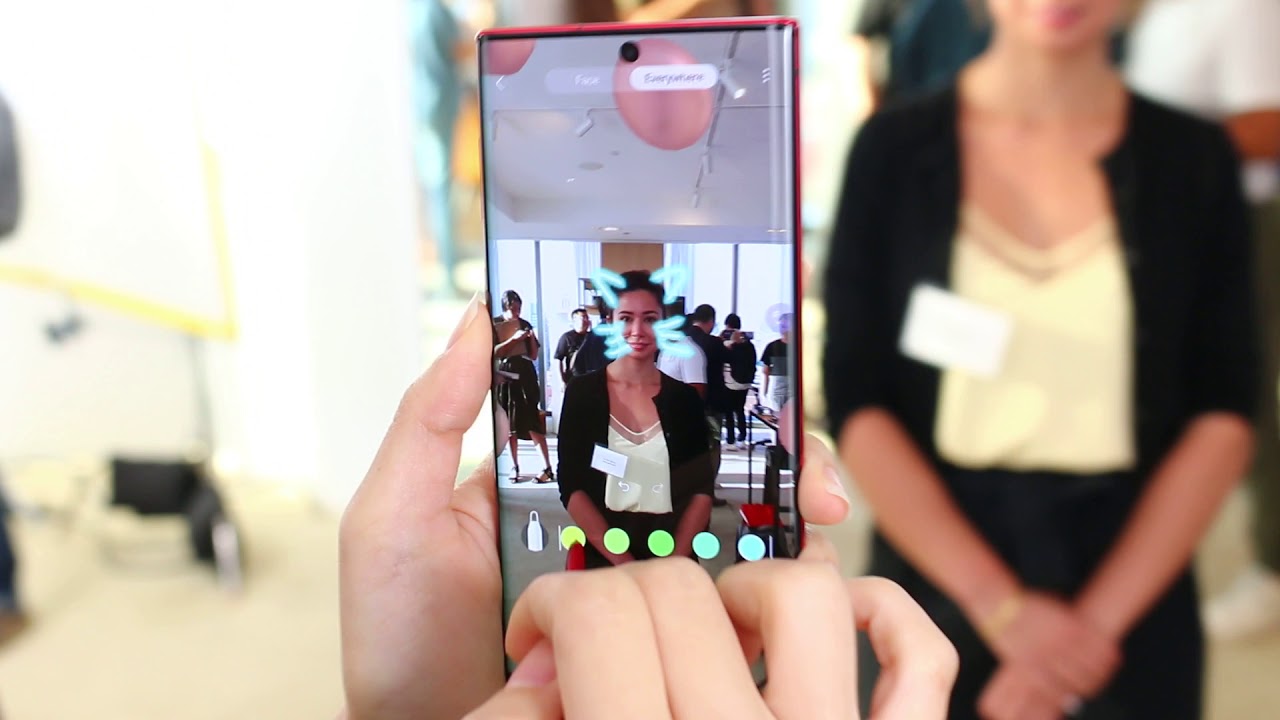 Before I go ahead, let me draw your attention to the fact that Thisbe year Note, unlike the previous edition, comes a bit shrink led as you would expect a bigger sized Note 10 as in the most case.

Over the years, the Notes since it originally launched often follows an increasing ration when it comes to screen size; starting with 5.3 inches, 5.5 inches, 5.7 inches ( four years in a row) after which it took a major bump to 6.3 inches, and 6.4 inches. At that pace, the sizes have only gotten bigger as the years have passed until this year.

This year, we are getting the first shrinking in the series with the 6.3-inch Note 10, although we are also getting another bump in the 6.8-inch Note 10+, hence it is assumed to be a flirt on the screens by the company.

Moving further, let’s talk about the hole punch at the center-top of the device. Unlike with the S10 devices which had the hole on the top right of the screen. On the new Notes, it sits in the center of the top edge, which feels less obtrusive and doesn’t get in the way of indicators for WiFi, battery level and such as you may have noticed with the S10 device.

Going further, the Note 10+ packs a Quad HD+ display into a body that’s 0.03 inches thinner and 0.17 ounces lighter than its predecessor- the Note 9, which in its own case had a smaller 6.4-inch screen. Meanwhile, Note 10 if compared to the previously launched S10 is only slightly larger. Also, as expected, the Note 10 edges are slightly curved, making the display feel like it melts away into the sides, although not completely bending all way down as in the case of the S10.

The ordinary Note 10 comes with 8GB of RAM and 256GB of storage. The Note 10+, on the other hand, comes with 12GB RAM and 256GB storage, or you can spend $100 more to get 512GB of storage. They’re available in a prismatic color range; Aura Glow, Aura White, and Aura Black. Both phones are available to pre-order today and will be available for sale on August 23rd. Here’s a rundown of all the major announcements from the Samsung Galaxy Unpacked event today.

That been told, I noticed a shift in terms of the perfect rectangular shape as often spotted on the previous Notes. In the case of the N10, the company had streamlined the overall design and made the display cutout about 26 percent smaller than the S10’s, but of course, it’s just better than never.

You can also expect more tricks in the use of the S-Pen, of course, one of the most intriguing features of the Note over the years. Obviously, the primary reason you’d use the S Pen is to jot down your thoughts or to navigate the big screen.

Over years of refinement, Samsung has pretty much nailed the writing experience — it’s responsive, smooth and comfortable to use. And not just that, the gesture response is more incredible now than ever. With the Note 9 last year, the company added Bluetooth and turned the stylus into a remote for photo-taking or managing presentations. This year, Samsung builds on those features by adding an accelerometer and gyroscope to the S Pen— This means the Note 10 can detect gestures like flicking or swinging in addition to just button presses like on the Note 9. This news, however, isn’t brand new, by the way — these so-called Air Actions debuted on the Galaxy Tab S6 last week. The Note 10 just offers them in the smaller S Pen.

what’s new about the S-pen now?

Let’s start with a little comparison; assuming you’re using the camera and you whip out the S Pen— On the Note 9, you could click to take a picture or double press to switch between the front and rear cameras. With the Note 10, you hold down the S Pen’s button and flick upward to swap cameras. You can also swish from side to side while pressing down the button to change to a new shooting mode, or draw an arc to zoom in. And, as before, you can click once to snap a picture. Apart from that, everything else remains the same with the S-pen.

And yes! Samsung finally got rid of the headphone jack, who would have thought, however it doesn’t come as a shocker, considering an earlier leak had suggested that we should expect the possibility. Also, there is now a dedicated Bixby button (exciting!). The result is subtle, but the Note 10+ definitely feels sleeker than the Note 9. I mean it’s just a beauty to behold, not just in the eyes but also at hand. Regarding the sales of the device, don’t worry, you won’t have to wait much longer before you finally lay your hands on them. The good news is that you can start making preorders from today, August 8th, at 12:01 AM ET, when preorders open.

Meanwhile, Samsung didn’t mention anything about the foldable Galaxy during the Unpacked event yesterday, I guess we just have to wait until a new date is officially announced for the device.