E-board mostly called the hoverboard have blessed us with many fun and it allows for exploitation of your environment with little of zero energy involed. Segway’s new hoverboard allows you to enjoy your ride with its pair of boards which is quite different from the norm. you’d think splitting them into two separate pieces would make for double the danger but it was rather designed for more balance and unconstrained ride. Nevertheless, e-skates exist, and what better company to take them mainstream than Segway is the question.

The quirky transportation company is due to ship its Drift W1s any day now, and IFA attendees were invited to try them out on a little roller ring Segway had built on the show floor in during IFA at Berlin. Much to relief, they are far from the deathtrap they appear, and while they probably won’t be suitable for your daily commute, they’re a lot of fun all the same. The Drift e-skates use the same self-balancing tech as Segway’s other, better-known products, so shifting your body weight controls acceleration and deceleration. The pads you stand on actually feel bigger than they appear in pictures, and the wheels span the entire width of the skates for stability. That means they can only tilt forward and backwards on a single axis, so there’s no risk of rolling your ankles. 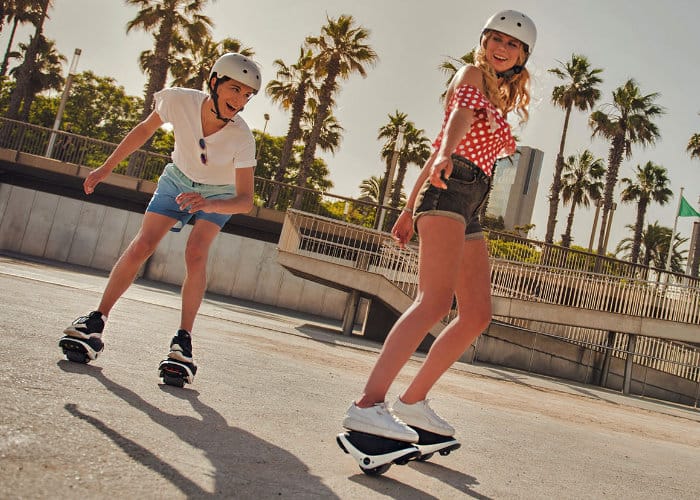 Credit to Segway’s safety attendants. There was no monologue about keeping legs and ankles rigid but relaxed; no over-explaining the concept of self-stabilization and leaning-orientated controls. “Look ahead and think about moving forward”  is what it takes to have a ride with the Drift e-skates.