For those of you who do not know, Twitter direct messages now have emoji reactions

This was announced by Twitter. To use the emoji, you can either double-tap a message on your mobile to access the emoji reactions or tap the small heart and plus icon that appears to the right of each message you receive. 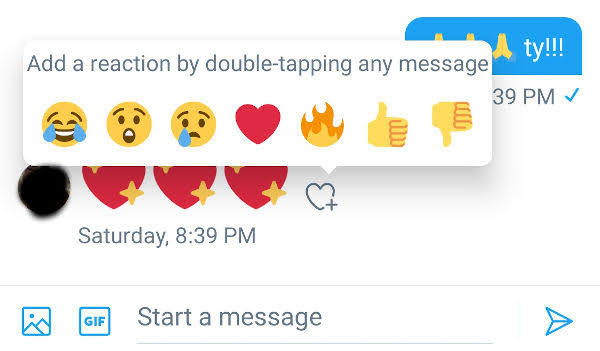 Then features launched seven emojis which include your typical thumbs up, laughing face, heart, and sad crying face emojis. The company is still looking for more original emojis to add to the selected ones.

The feature is now active on both web and mobile. For those using the old version, the company noted that reactions will be displayed as text. Note that there is a fire emoji that lets you show your appreciation for sick burns, and a thumbs down emoji for when you need to decide the fate of a Roman gladiator.

On Twitter’s support page for the new features, it said you can undo any reaction done at any time, adding that everyone conversing gets notified whenever they add an emoji reaction to a message. So be careful with the way you react.