Twitter for Desktop keeps getting better by the day and in the latest update, the social media company has just added more customization options and a completely rearranged navigation experience

The new update, although not yet available for public use, has been opened for testers for the purpose of experimentation ahead of the final release which is slated for sometimes within the next few days. The desktop version of Twitter has always been a reliable alternative for the mobile version, although in most cases, users prefer the mobile feel to that of the desktop.

Now the company in the latest update have adopted some of the mobile app features for the desktop version. Some of the noticeable changes in the new update include, the top navigation bar has been moved to the left sidebar, which contains bookmarks, lists, your profile, and a new explore tab.

According to Twitter, the new explore tab for desktop is a replicant of the mobile app, which is the company’s attempt to feature more live videos and personalized local trends just like on the mobile app. Also, Direct messages have also been revamped to show conversations and sent messages in the same window. 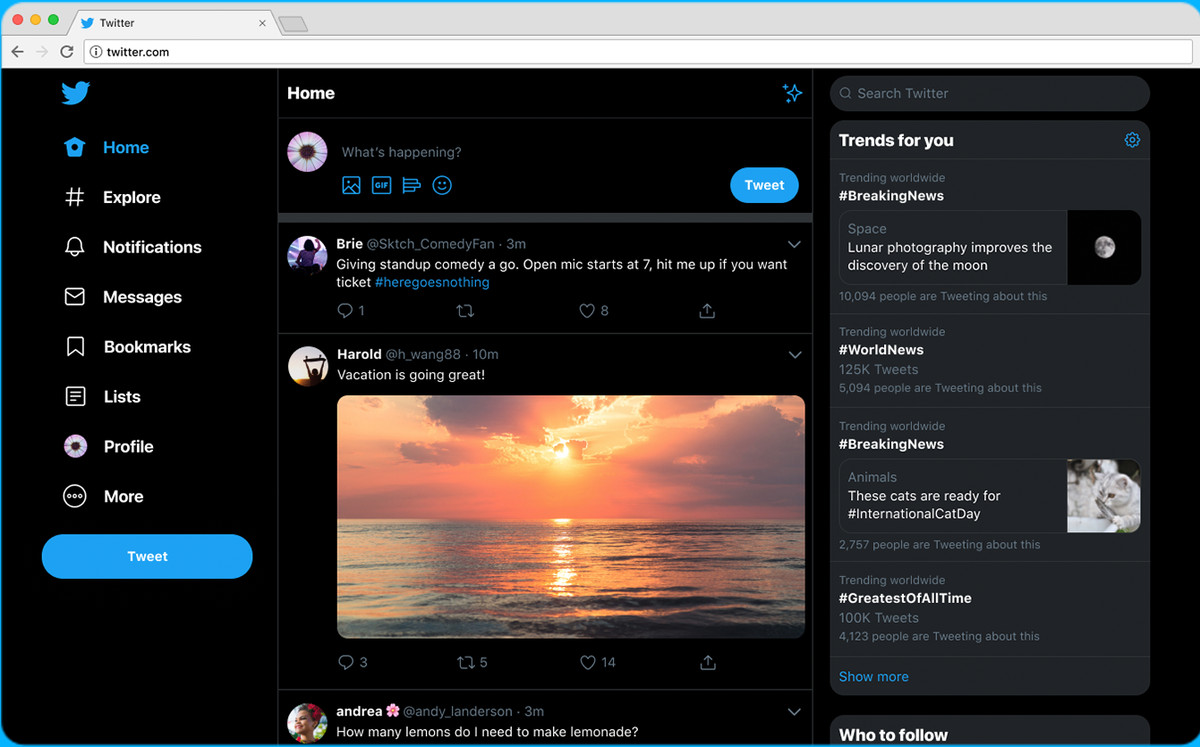 In addition, the desktop experience is getting different themes and color schemes as well, including more two options for dark mode. All these new changes will ensure that users can enjoy a new experience on the go.

One more thing, Twitter for desktop now have the mobile-kind of ‘sparkle’ button on the home bar as well. The button lets you switch between seeing the latest chronologically-ordered tweets instead of the Top Tweets.

That been said, the side navigation bar will also make it easier for users with multiple accounts to switch profiles quickly without having to log in and log out, a feature that’s been available on the mobile app for years, with a long-press of the home icon. Trust me, with the latest update, users will be more intrigued with there Twitter on desktop.

Reasons You Should Never Save Your Payment Information Online

Reasons You Should Never Save Your Payment Information Online